Wow. Fascinating breakdown of the origin, development, and nature of the “geek” in popular culture, from R. Crumb to Frank Miller to The Dude. Go read it. 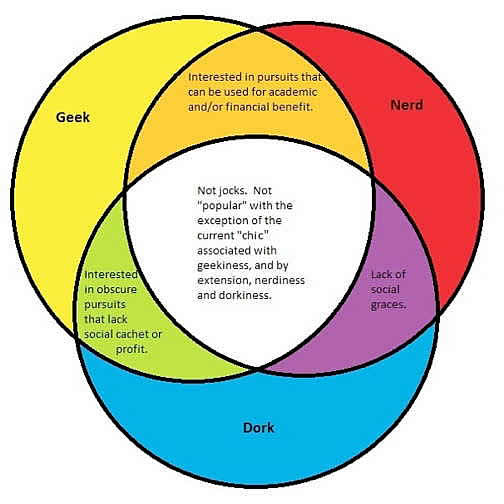 The tl;dr is that the “geek” is a “simulated ethnicity”, assumed to tell a melodramatic story of triumph over adversity that lends credibility and moral authority to an otherwise unremarkable and unsympathetic member of the privileged class, who still vies for success within a traditional misogynistic, patriarchal, homophobic paradigm.

Absolutely love this bit at the end:

What of the female geek? For the geek conceit to play out in its most misogynistic form, she must be missing. … [The female non-geek character] is elevated for her lack of geekiness because she is required to act as the reward the geek or “nice guy” feels entitled to in traditional patriarchal narratives. There is a missing character: the true geek female counterpart … who is loved for her brains and not for looks … This missing character lays bare the misogyny of geek melodrama.