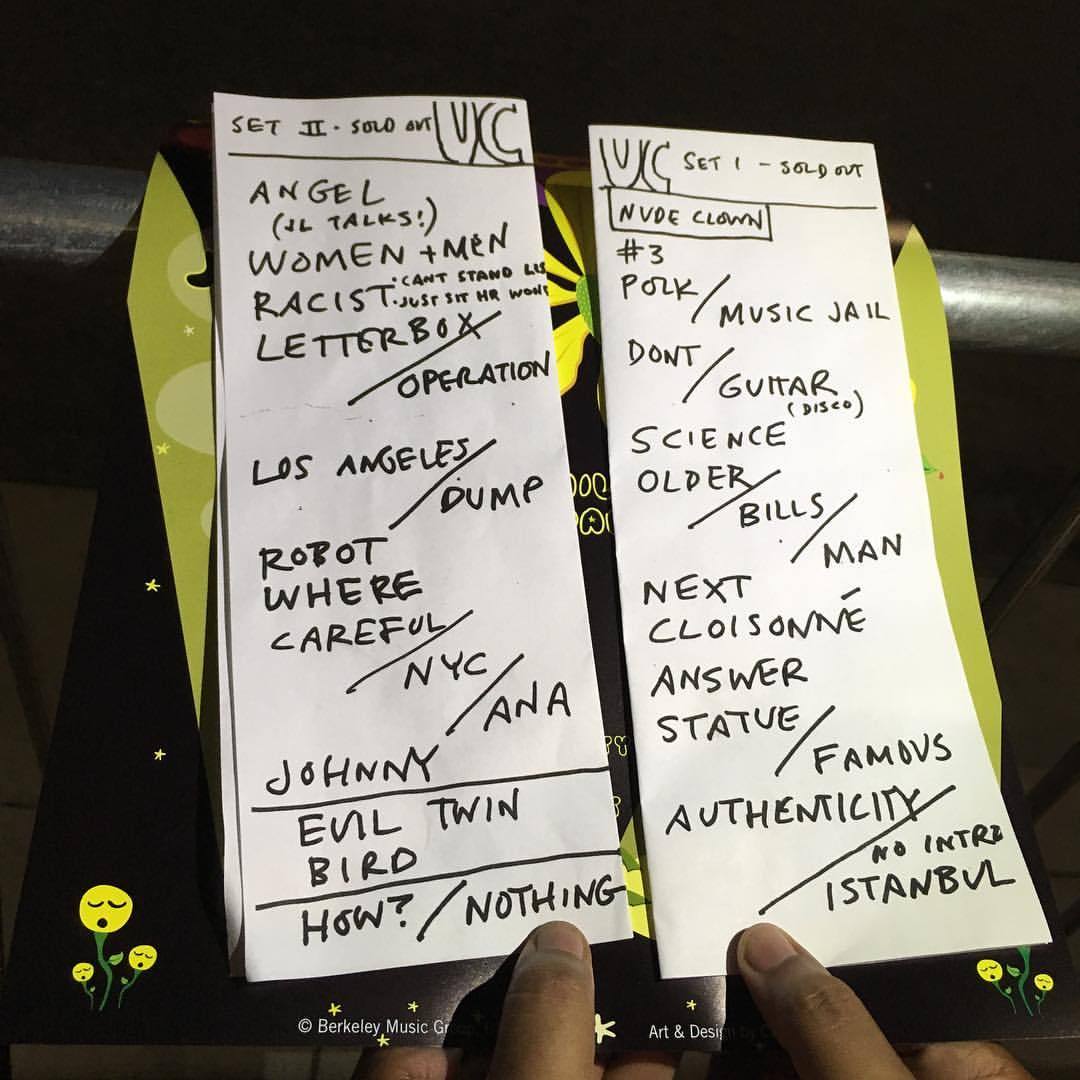 They Might Be Giants played a hell of a show at the Berkeley UC Theater. They did two sets (opening for themselves). On the way out I heard some guy say he got the set list and I felt sharp pangs of envy, but I got a picture of it. Which, really, is for the best because all I’d do if I’d been the one to grab the list is take a picture and then guiltily keep the faded paper for too long and then guiltily throw it away eventually.

A tmbg show is a thing of beauty. Their catalog is so huge, and they’re still so prolific, it’s a good bet that they’ll play a few songs you’d forgotten, a few you don’t know, a few you just started listening to, and your favorite from a long time ago. And a surprising cover or two. (In this case, it was “pay my bills” by Destiny’s Child.) Plus they’re hilarious, and rock stars. (at The UC Theatre)